This Easter BookStack release welcomes a range of user-experience improvements, with features such as dark mode and improved right-to-left text support, in addition to a bunch of fixes and enhancements.

BookStack now has a built-in dark mode. Here’s a comparison of the same content shown in both dark and light mode:

The dark mode covers all areas of the system including both the WYSIWYG and markdown editors. Where possible, page content such as tables & code blocks will react and change to be suitable dark alternatives. Vibrant theme-color elements, such as the header bar, will be automatically dimmed and de-saturated so they don’t stand-out or remain overly-bright on an otherwise dark page.

The option is user-selectable, from either the home-screen on via the top-right profile menu: 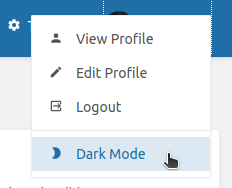 A massive thanks to @domainzero on GitHub for tiding-over the BookStack community with a well-supported dark theme for the last few years.

Previously in BookStack the URL for draw.io (now diagrams.net) was hard-coded within the BookStack code. This has now been exposed and can be customised as an .env option meaning you can tweak the embed behaviour or even use your own self-hosted draw.io instance.

Details for using this option can be found here.

When viewing a single shelf, it’s now possible to toggle between grid & list view for the books within: 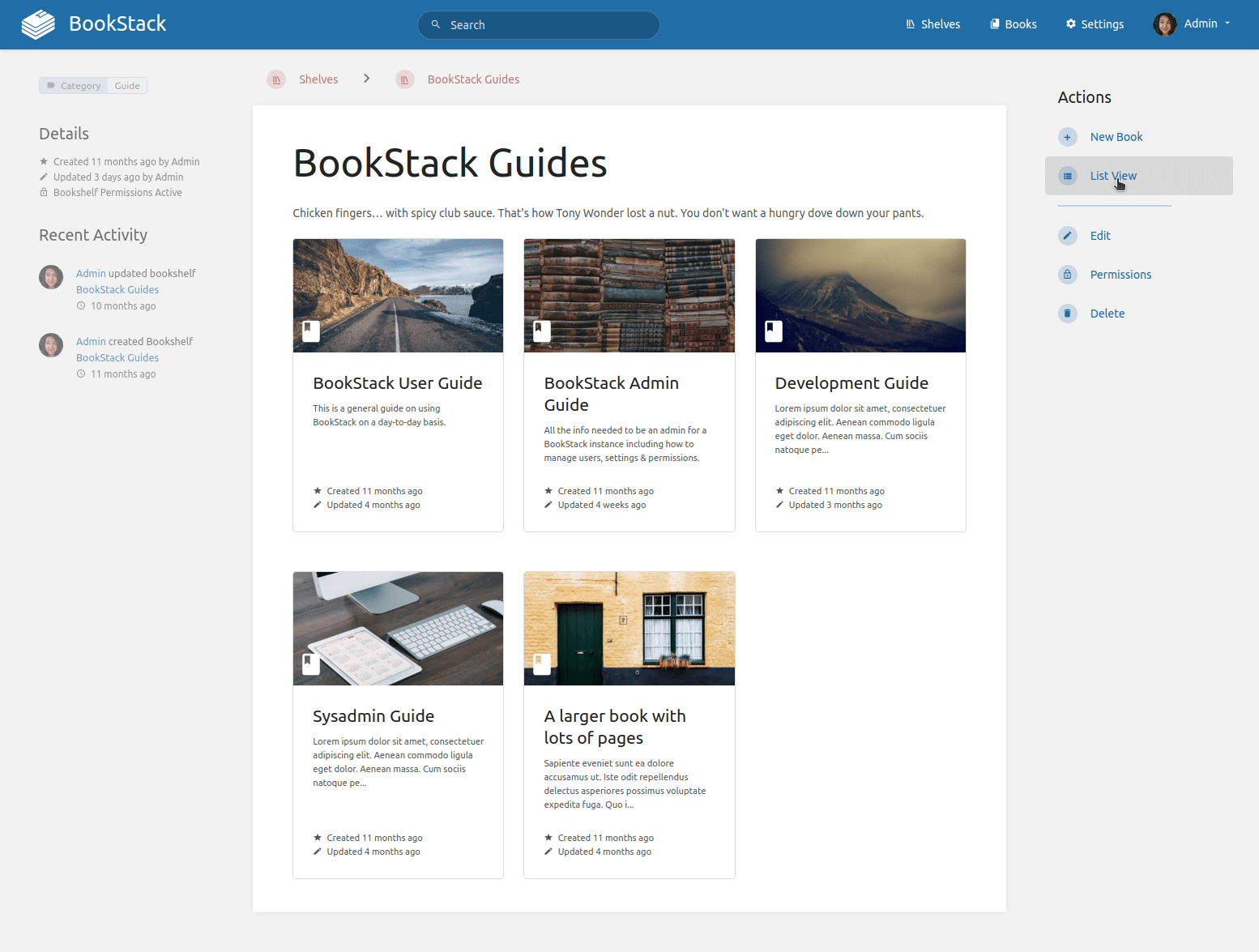 This aligns the shelf page with the view options available on the “Books” page. A big thanks to @philjak for contributing this feature.

Previously in BookStack it was not easy to see the shelves a book is assigned to. In this release, A list of assigned shelves can now be seen when viewing a book: 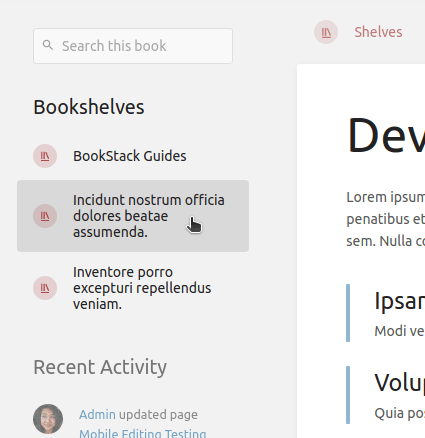 Big thanks to @cw1998 for contributing this feature to BookStack.

The API has been expanded upon with the ability to perform CRUD operations on shelves. In addition, books have received endpoints for exporting their contents as HTML, PDF or plain-text. You’ll be able to find details of these when accessing the API docs in your instance, after updating. 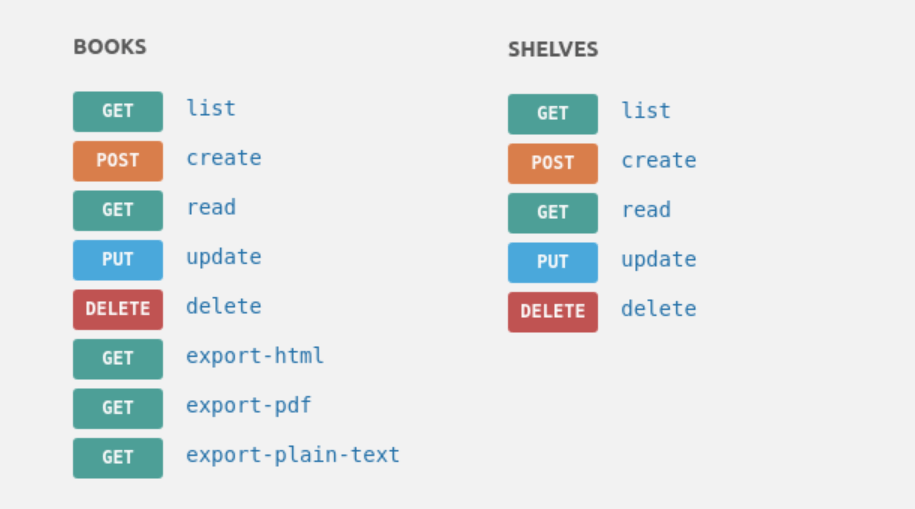 Since BookStack hard-codes system URL’s in the database, a change in the domain used for your instance meant that some manual SQL commands needed to be ran to update the domain in the relevant tables & columns. In this release a command has been added to make this much quicker & easier, You just run the command providing your old and new URL and all the required columns will be updated.

Here’s and example of running this command:

The command has been added to the command documentation found here.

For this release the core styles have been revised to work better for right-to-left (RTL) languages:

Previously the BookStack UI would remain left-to-right (LTR), even when a RTL language was in use. Setting the html to display as RTL would cause most of the views to break as the styles were defined with LTR in mind.

For v0.29, we’ve made heavy use of CSS logical properties and values to ensure our styles work as expected when showing in an RTL format. Although, as of writing, the spec for logical properties is in draft it is well supported amongst the modern browsers we support, albeit with a few omissions.

Our fantastic community of translators continue to provide their great efforts as this release brings updates from the below languages by the below great Crowdin & GitHub members:

For the next release I’ll look to continue expanding the range of API endpoints. Would be nice to get the core chapter & page actions done. As per my “v0.28 next steps”, I’ll look to align how activity is tracked. The first steps will likely be to expand the range of tracked actions then expose everything within the admin area in a filterable “Audit Trail”.