Another year goes by with BookStack now being 7 years in development from it’s original commit on the 12th of July 2015. In this post we’ll continue the yearly tradition of reviewing the figures while exploring how this year has proved different to the years before it.

For most of the past year I have had BookStack as my primary focus after leaving my job in October 2021. It’s been an interesting new chapter and I’ve written up my learnings from this time on my personal blog here.

With the benefit of more time, development has accelerated, with more frequent feature releases deploying over the year. That said, I have also used the time as a partial break with a more relaxed approach and the ability to freely spent time on other elements such as contributing to other open source projects, some of which are used by BookStack. The additional time not only directly helps development, but also helps with the general progression & growth of the project and community in general. I have more time to support people in our community channels and I no longer stress about having time, original intended to use on platform development, wiped out by needing to address/respond to issues on GitHub.

In terms of finances, there has been much change upon the previous year. It’s now becoming a much more realistically viable idea that I could continue without needing to seek new employment, which would be ideal. At a very rough approximation, to cover my current relatively-comfortable, yet somewhat frugal, living costs, with taxes considered, I’d need about £2k per month of income, or a £24k annual salary. This excludes any additional savings or any additional expenses such as Holidays or costly new purchases. My current income, at the time of writing, is generally broken down as shown in the bar below:

Sponsorships & donations make up the vast majority of my income. I am massively thankful to my sponsors since they have made this experimental year of my life possible. These donations are a large mix of one-time and monthly donations in a variety of values, from $1 to $500. A significant portion of the monthly value is held between a specific few super-generous contributors, which I have to keep in mind when thinking about long term financial stability. I recently set-up a new donation page on this site better explain methods of donations while adding transparency to their use. Additionally I created a ko-fi page as a potential alternative route for those that can’t donate via GitHub.

Earlier this year I launched paid support services as a way to provide business users with an assurance of support while acting as an additional revenue stream. I pretty much had no idea of the actual potential audience for this at launch, but I have had a few customers come on board now which has helped to supplement finances.

The remainder of my costs are covered using personal savings, at a current rough rate of ~£500/m. Obviously I cannot support this forever but recent increases the sponsorship and support avenues have bought me more time than I originally planned.

As a current goal, achieving current sustainability is looking more and more viable. Over the next 6 months I plan to optimize the outreach and attractiveness of our support plans & sponsorships, and of BookStack in general for those audiences, to see if I can move closer to that goal.

As mentioned in the “BookStack in 2021” blog post, YouTube has been a new area of community outreach and support for me this year. I’ve really quite enjoyed learning to improve the quality of these videos, from both a technical perspective (Audio & Visual quality) and a personal perspective in regards to presenting and talking.

Our channel can be found at youtube.com/c/BookStackApp.

Not only can these help reach a new audience, these videos have helped to assist & inform our existing user-base while being a great support reference when helping people with technical setup tasks such as LDAP or custom installation.

I’ve been playing with different video use-cases over the year. For the first time, I recently created a release overview video to serve as a quick guide to the new features & changes, which I may well continue for other releases based on positive feedback so far. A couple of months back I spent some time to create a general overview video to serve as a quick introduction to the platform: 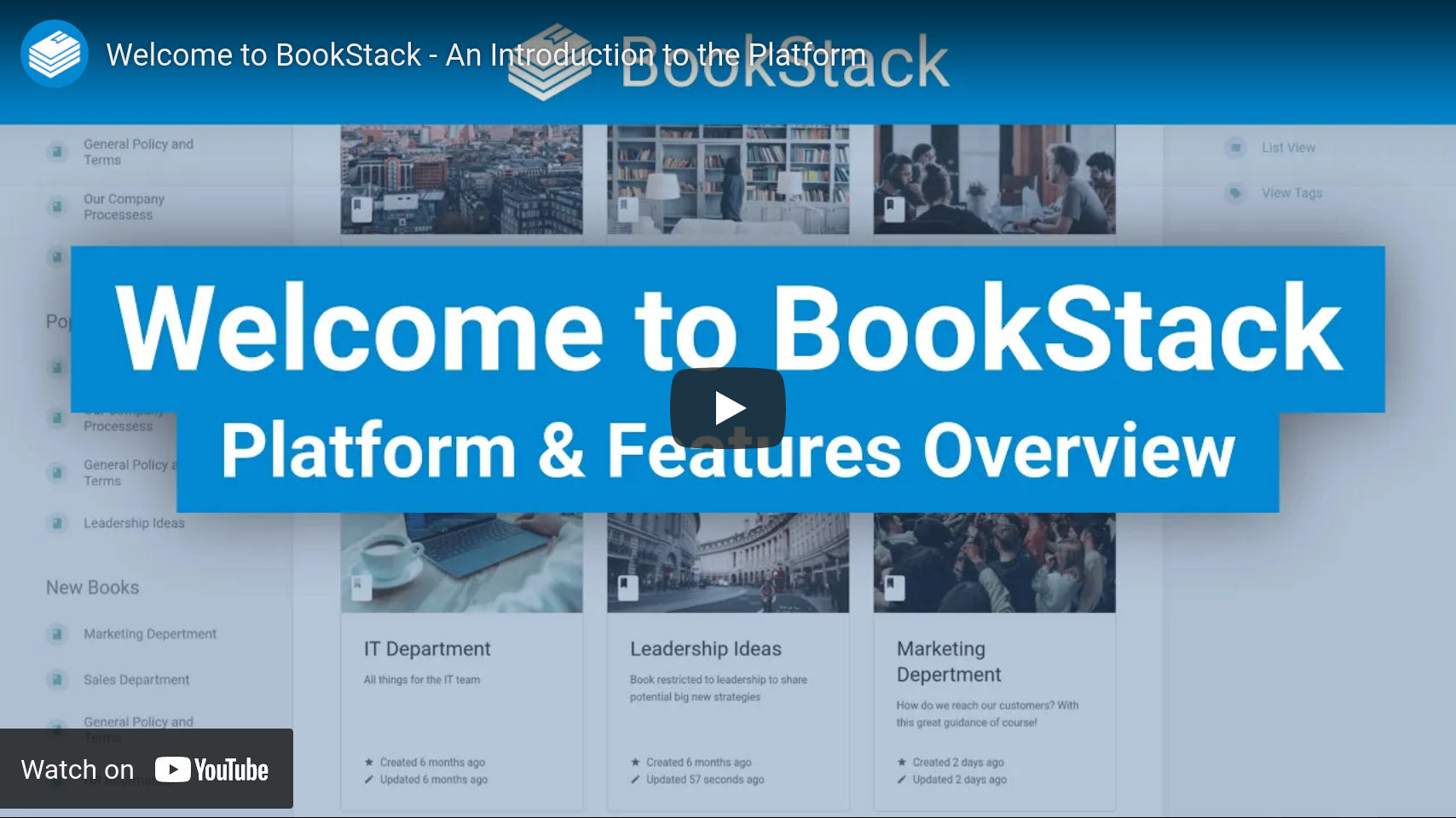 Let’s once again dive into the numbers to see how BookStack has grown over the past year.

The below figures were collected at the time of writing (12th July 2022), with changes in red/green reflecting change upon last year’s numbers.

Thoughts on the Numbers

Overall we’ve continued to have some nice stable growth over the last year. Two new metrics added are those for our Twitter and YouTube audiences. Surprisingly to me the YouTube following, although still quite small, has grown faster than Twitter followers despite being set-up later. I’d guess the discoverability system of YouTube gives us a little more active reach.

Our website traffic has had a fairly linear growth, with unique visitors increasing by the same change as last year. As can be seen in the below visual, most of this increase has come after hitting the top of Hacker News and also being featured on StackShare’s new top tools list.

Here are some of our other non-release posts, that have been written in the past year, that you may be interested in: