It’s been a while since I last put out a blogpost regarding a GitHub star milestone, with the last being a December 2017 blogpost where we hit 1000 stars. Well today I’m happy to say we’ve now hit 9,000 stars on GitHub! 🥳 🥳 🥳

GitHub star count is mostly a vanity metric, it does not reflect actual project popularity or usage in any way, but it’s a metric nonetheless which we can use to see our own relative growth. Our star growth over time can be seen below: 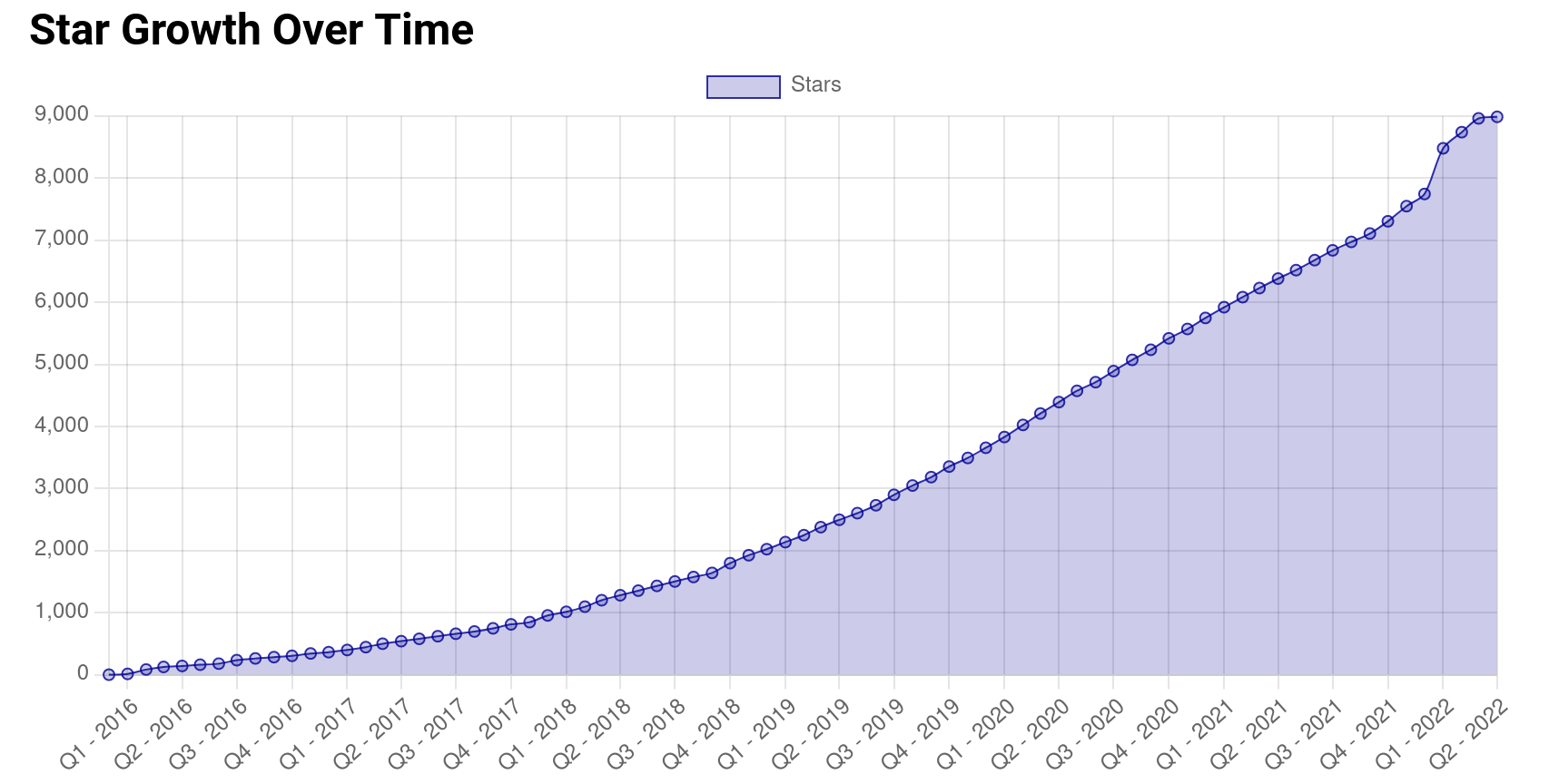 As you can see, we generally experience a constant, slight acceleration over time but there’s a significant jump in early 2022, and that’s mostly due to Hacker News.

On the 8th of January I made a “Show HN” submission on Hacker News. This post done very well, especially compared to previous submissions by myself and others. The post reached the top of Hacker News within the next couple of hours, and I received a bunch of positive & constructive comments. Overall it was a pretty great experience.

Our website traffic hit 13k visitors for the day of the post, up on our usual weekend lull of about 700 visitors per day, then we quickly sloped back down over the next two days:

Since then, we’ve retained a nice ~36% average increase over February and March:

As touched on above, this increase of traffic had an impact on our GitHub star count: 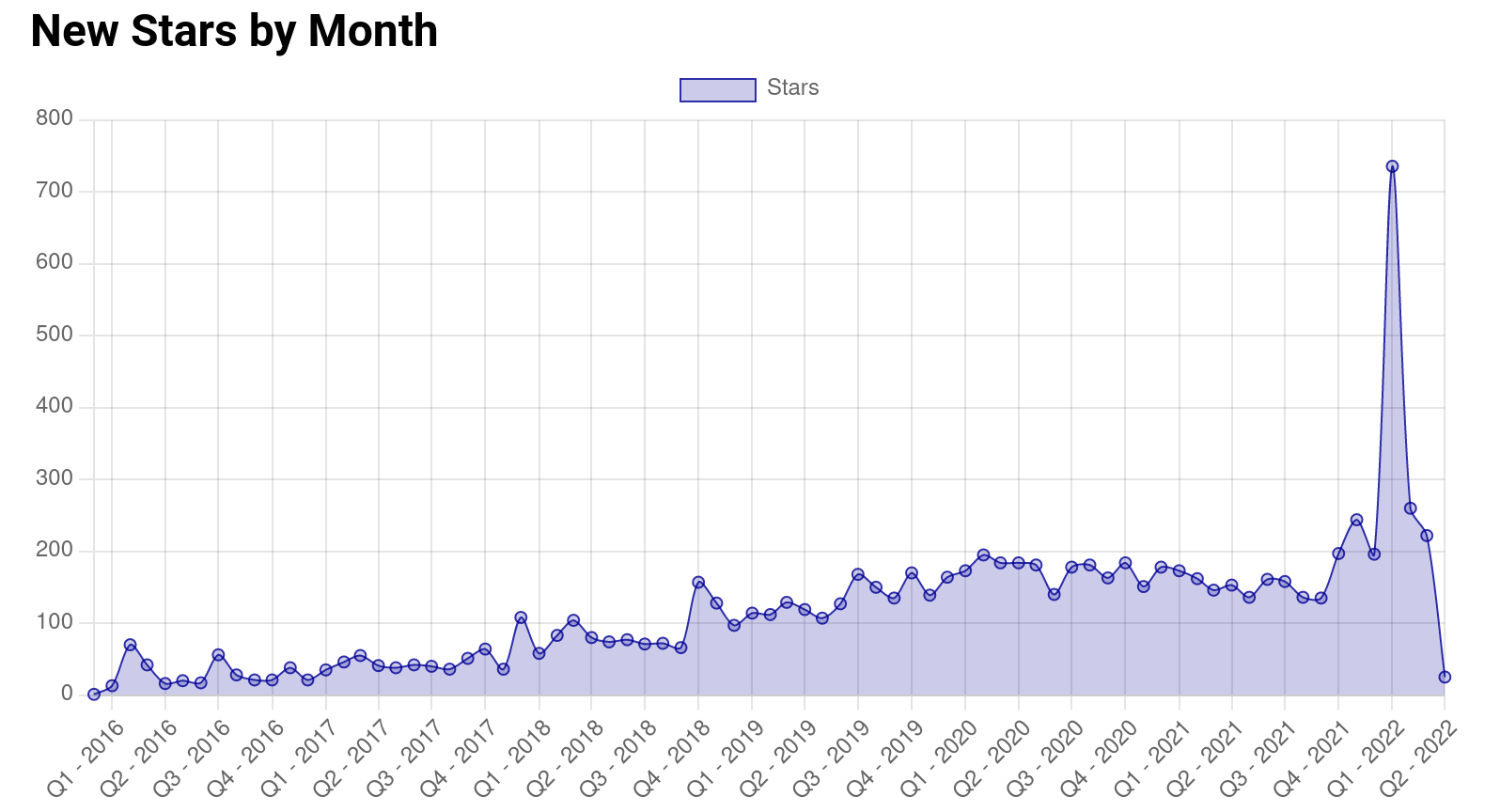 We received 736 new stars in January, A big increase over the previous monthly height of 244.

Overall, it brought a mass amount of new eyes to the project, while providing a nice boost in momentum in terms of ongoing visitors.

If you want to explore some of this data yourself, our website analytics are open here and statistics for our GitHub project can be found here.