Today brings the release of BookStack v22.04! This includes the much-awaited feature of easier page editor switching, in addition to a bunch of other additions and improvements.

Switch Between WYSIWYG & Markdown While Editing

It’s now possible to switch between the WYSIWYG editor and Markdown editor while editing a page! This has been a much requested feature ever since we originally added the Markdown editor.

When editing a page you can use the central dropdown menu at the top which will provide editor switching options (If you have the required permission to do so). There are two options when changing from WYSIWYG to Markdown:

These two options exist to offer different conversion handling of your page content:

When you chose to change editor, a modal warning will show to emphasise the potential side-affects of changing the content. The current page being edited will be saved as a draft at this stage. Choosing to continue will then reload the page with the new chosen editor. The editor used is essentially saved against the page itself, to prevent un-intentional conversion of page content. 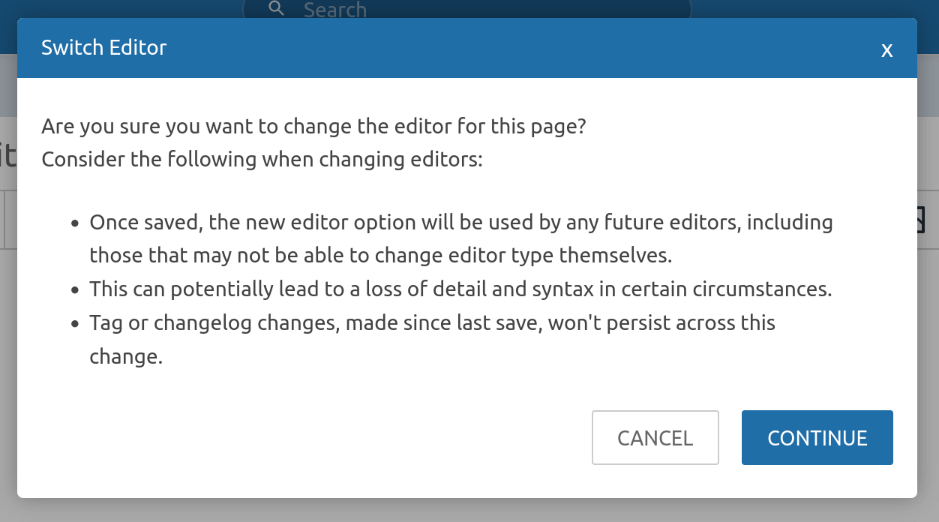 We realise that this functionality may not be desirable in all environments, so a new “Change page editor” role permission now exists to control who has the ability to change the editor for a page. This will be provided only to the default “Admin” role upon upgrade.

Keep in mind that users, without the “Change page editor” permission, may still see an editor that’s not configured as the system default if it has been changed by a user with permission. 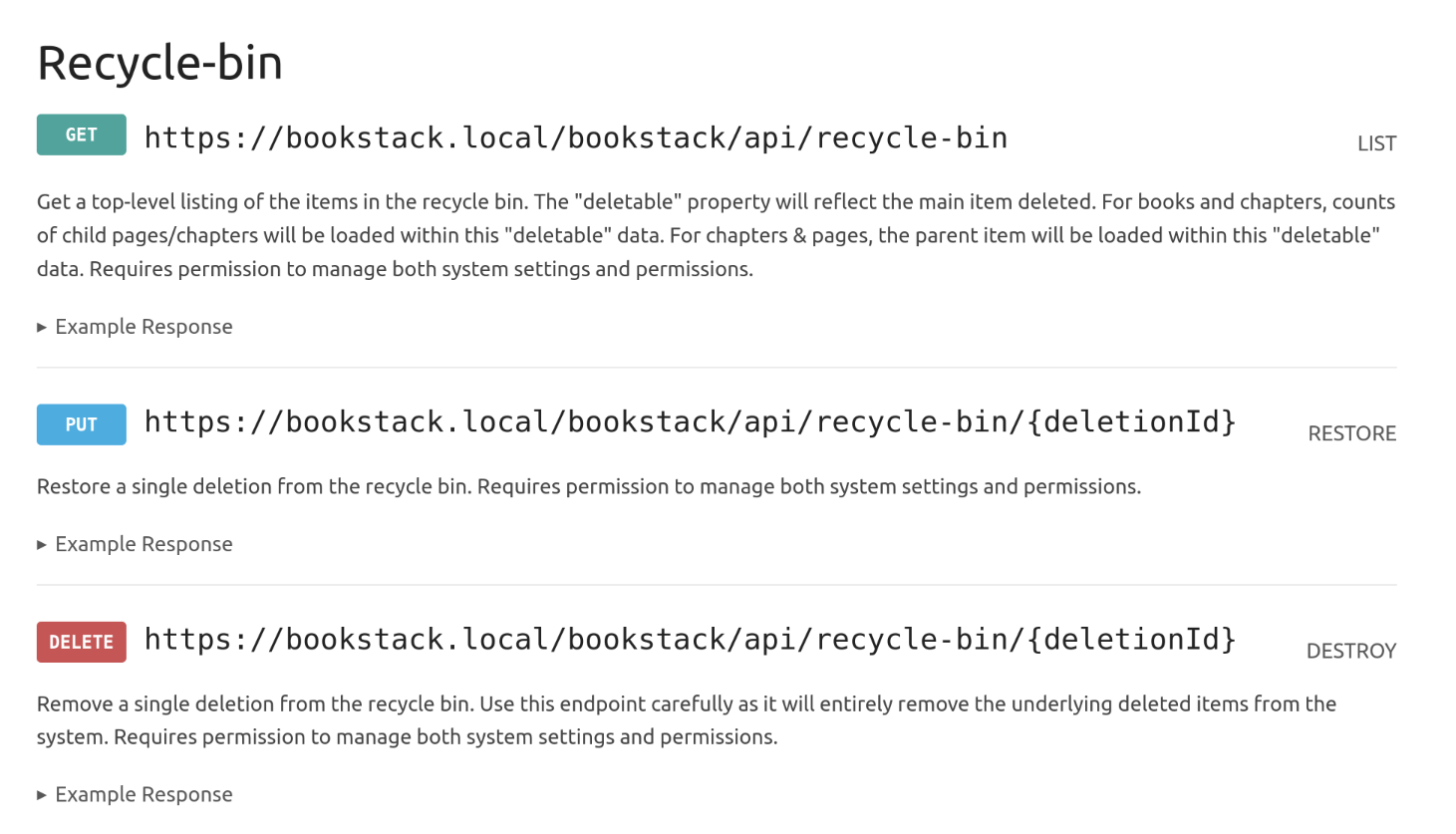 These allow external integration for listing, restoring and destroying recycle bin contents. The listing endpoint contains a little added detail regarding the deleted item and its parent/child content to help cover most use-cases you might have.

A big thanks to @Julesdevops for their work to implement this functionality.

For those that like to hack and customize, we’ve extended our custom editor events to also emit a ‘configure’ editor event when loading diagrams.net (formerly draw.io) in BookStack. This follows the pattern of our other existing editor events and can be used like so:

If you’ve set a custom DRAWIO .env option, you’ll need to ensure that contains a configure=1 query parameter for this to work. This event provides loads of abilities of customization. Consult this diagram.net FAQ page for a list of the options you can define.

In this release we’ve reviewed all the main actions of uploading and downloading files to make things much more efficient. Now, where possible, such file handling will be dealt with by streaming data instead of reading and writing the entire contents. This uses much less system memory and therefore it’s far less likely that you’ll hit PHP memory limits. In fact, this now allows uploading and downloading of attachments that are far larger than your PHP memory limit.

The wonderful wizards of language within our community have continued their efforts to keep the BookStack translations up-to-date. A big thanks to the following translators for their efforts since the last feature release:

Over the next month I’ll probably take a break from big features and instead target v22.05 as a refinement release, improving upon existing functionality and features to address some pain points and unfinished corners. During this time I’ll also look to open up a proposal for some larger-scale changes, specifically in relation to content URLs, to support some future features.

I intend to produce a few more videos for our YouTube channel since these have proved very useful so far. In particular, I want to create an install guide for Ubuntu 22.04, showing the use of our new script, and produce a more general “Intro to BookStack” video for those new to the project.