October brings us BookStack v21.10. This release is primarily intended to wrap up a few loose ends before we make more substantial framework changes, but it does bring with it a new authentication option in addition to some new API endpoints. In the below we’ll dive into many of the new features and improvements added since v21.08.

v21.10 brings with it the option of using OpenID Connect (OIDC) as a primary authentication method within BookStack. This allows authentication integration with a wide range of providers that support the OIDC standard. The implementation includes basic auto-discovery of endpoints & keys for easier configuration. During development it has been tested with Okta, KeyCloak and Auth0. 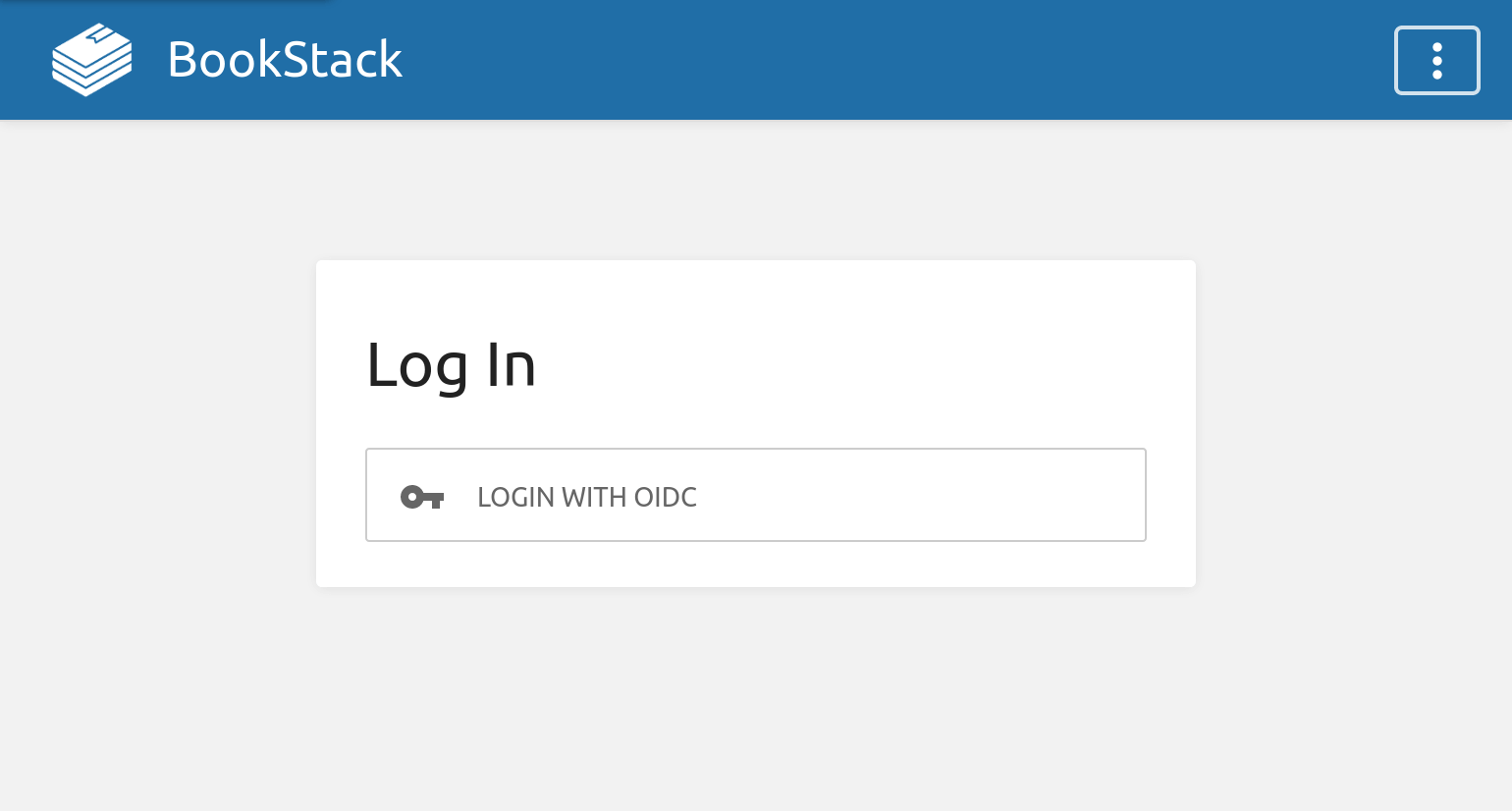 For this initial implementation we don’t yet support group sync but I’ve opened up a GitHub issue here to gain feedback on how identity providers supply groups. Please contribute feedback on that issue if you desire OIDC group support.

You can find documentation on using OpenID Connect here.

A new set of API endpoints have been introduced to support the management of attachments. Full CRUD & listing operations are supported for both file-upload and external-link style attachments. 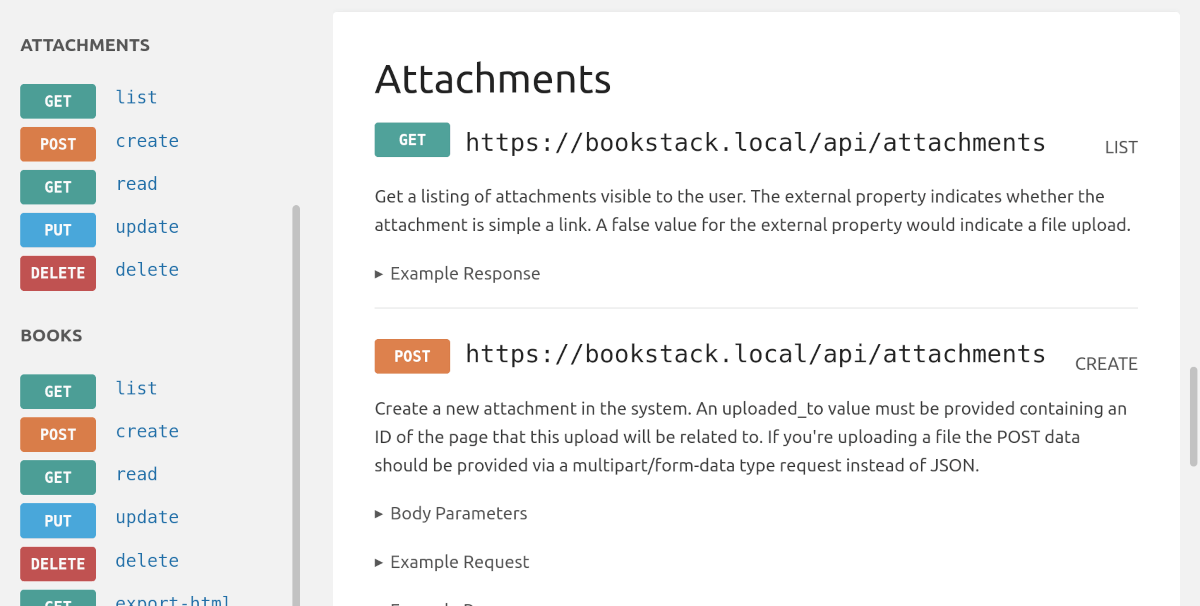 Since v21.05.1 it has been possible to upload images as part of an API page update or create operation, via embedding the image as a data-uri within HTML content. This release builds upon that to bring the same functionality to markdown content on the same API endpoints; For example:

Since the TOTP MFA system was added to BookStack in the last feature release, it was reported that some TOTP-handling services require a URL, or secret code, instead of a QR code. To support this, as of v21.08.1, we now show the TOTP URL below the QR code, which the secret can be copied out from if needed. 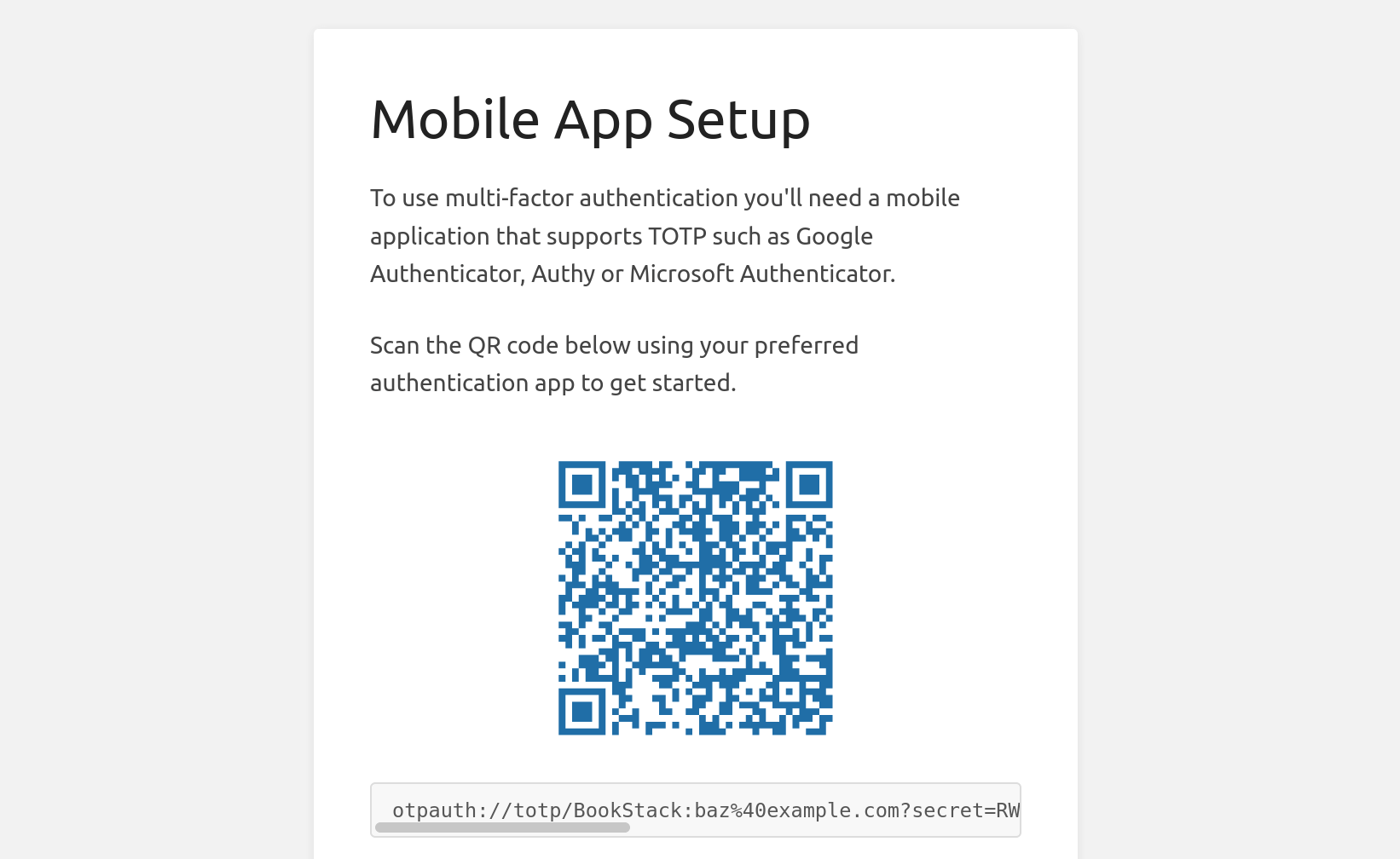 Within BookStack v21.08.4 the audit log was updated to now record and show the related user IP address for activities. Note, if you’re using a reverse proxy in front of BookStack you may need to configure the APP_PROXIES .env option as shown here otherwise the reported IP address may be that of the proxying system instead of the user.

Thanks to @johnroyer for the addition of this feature.

Thanks to @MatthieuParis, BookStack will now run additional potential editor conflict detection upon draft saves whereas previously this would only run upon the start of an editing session. This should prove especially useful when someone has the editor open for a while, since there’s now a much greater chance of being alerted if someone else starts editing the same page. This enhancement was added as part of v21.08.5. 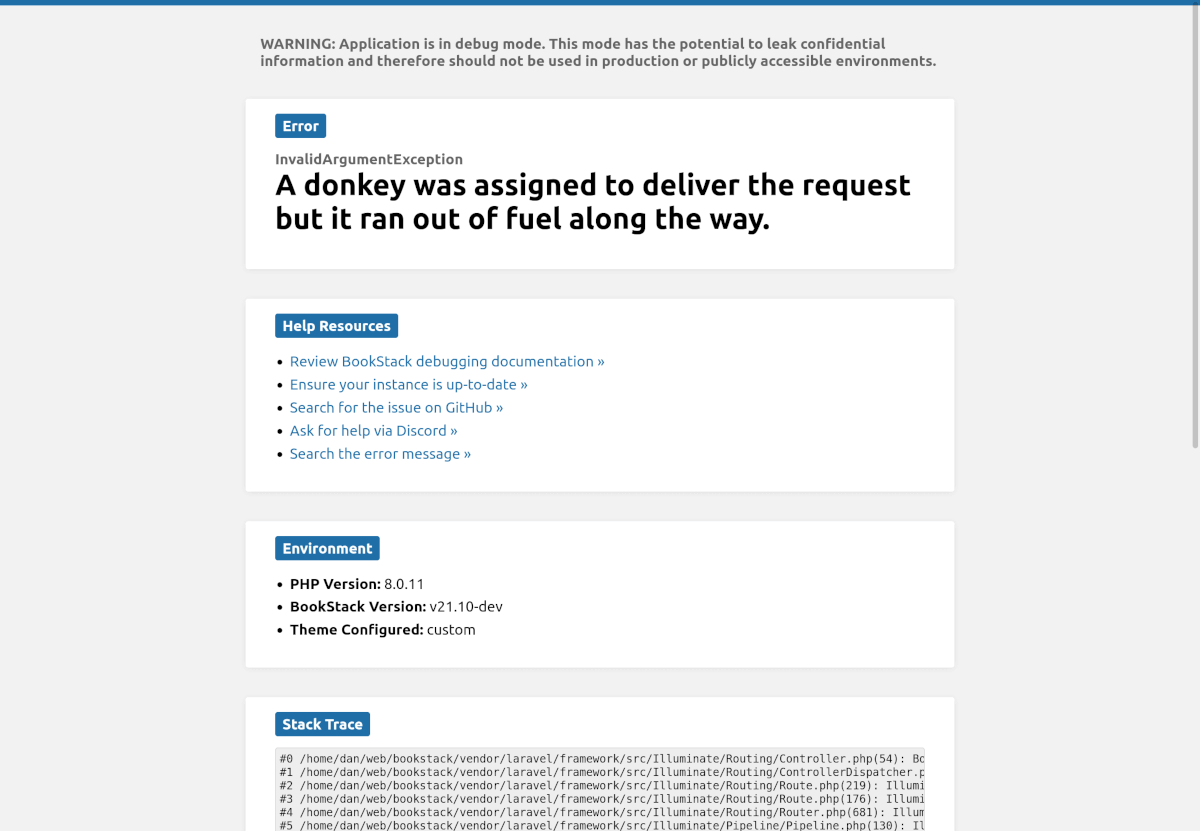 Another feature release, another language added to BookStack. A massive thanks to Indrek Haav for adding Estonian to BookStack!

As usual, there’s been a bunch of translation updates via CrowdIn since the last feature release. Thanks a bunch to all those listed below for their great continued work!

Within v21.08.2 Content Security Policy (CSP) headers were added to the responses served by BookStack. This massively helps reduce the impact of a wide range of potential XSS vulnerabilities by restricting the types of scripts that can run within the content of a page.

Content within the “Custom HTML Head Content” is automatically parsed to be correctly tagged so it adheres to the fairly strict policy set. Any custom script additions you’ve made may need adjustment.

Details of headers set can be found in the CSP section of our security page.

The SAML 2.0 authentication system has received some attention in this release. It has been found that logging in via SAML could lose the original intended location context of a user, leading to them being redirect to the homepage after login instead of the page they actually wanted to visit. This was due to a change in cookies causing the user’s session to be lost during the SAML flow. This release tweaks the flow so the session is kept for correct expected redirection.

Upon the above, A couple of new .env options have been introduced to allow the configuring of service provider certificate and key:

These options were primarily added to help fix single-logout-service requests when using ADFS.Thanks to @theodor-franke for helping by doing the initial work to implement these changes.

This release marks the first feature release since I left my job to focus on BookStack and other bits for a while. My main focus of v21.10 was to work through some of the challenging & time consuming authentication elements that have been on the backlog for a while. Having the extra time to dedicate to these has been helpful to perform the discovery and learning required without frustratingly consuming many-a-weekend.

Now I’ve reduced some of the PR backlog, initial focus going into this week will be on upgrading the codebase framework from Laravel 6 to Laravel 8 (As mentioned the “Next Steps” of the last two feature release posts). Once this upgrade is done I’ll look to test things out via making improvements to existing systems. Both the search system and tagging capabilities are in need of some attention and hence is where I may spend some time.