Today we release BookStack v22.03 which features some further additions to the WYSIWYG editor, aiming to align its feature-set with our markdown editor. We also see some changes to the settings view while LDAP users get a useful new debugging option.

While not a particular feature for this release, I’ve been spending time this release cycle putting together some official support services. These services are primarily targeted at business that require an assured level of support.

Details regarding the launch of this service can be found in this blogpost and details of the available plans can be seen on our new support page.

Adding an additional link to our website header made things a little too busy so I’ve also redesigned that area of this site to make things a little cleaner. We now have a multi-level site menu and a search bar has been added to the center, mimicking the header style of BookStack itself.

You can now have checkbox task-lists within the WYSIWYG editor. Such lists have been part of BookStack’s markdown editor capabilities for a long time but now the editors are aligned on supporting this option. Task-lists can be found in the list section overflow in the WYSIWYG toolbar:

Links within the WYSIWYG editor are now easier to manage. Previously, removing a link would be a non-obvious chore of editing the link via the main toolbar then emptying the link input before pressing save. Now, when you’re focused on a link, you’ll see a toolbar to allow quick and easy link editing, removal or opening:

In addition, a new shortcut has been added to the editor. You can press Ctrl+Shift+K (Or Cmd+Shift+K on MacOS) to instantly show a popup for quick linking to existing BookStack content: 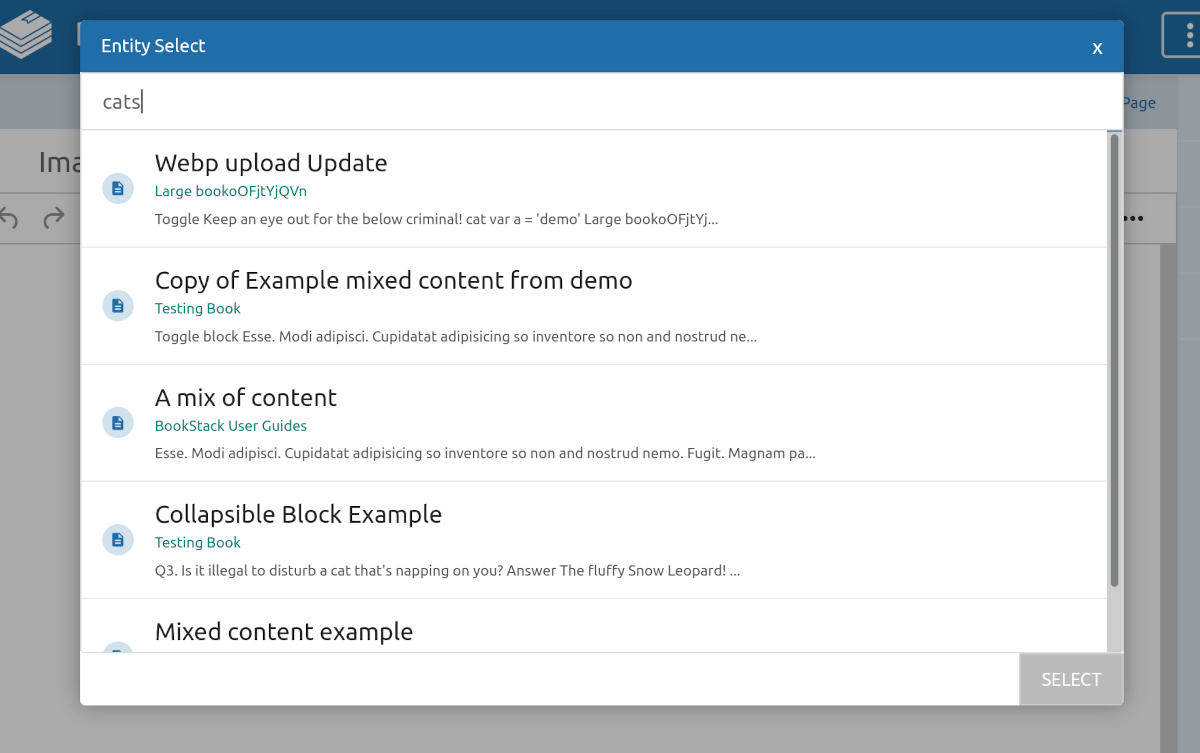 Within the settings view we would previously show three categories of settings, each in their own panel with their own “Save” button. In some cases, this could prove frustrating as a user may click the save button of section “A”, which would loose any settings changed within section “B”. To avoid this the settings view has been split out to a page-per-category with a navigation bar on the side: 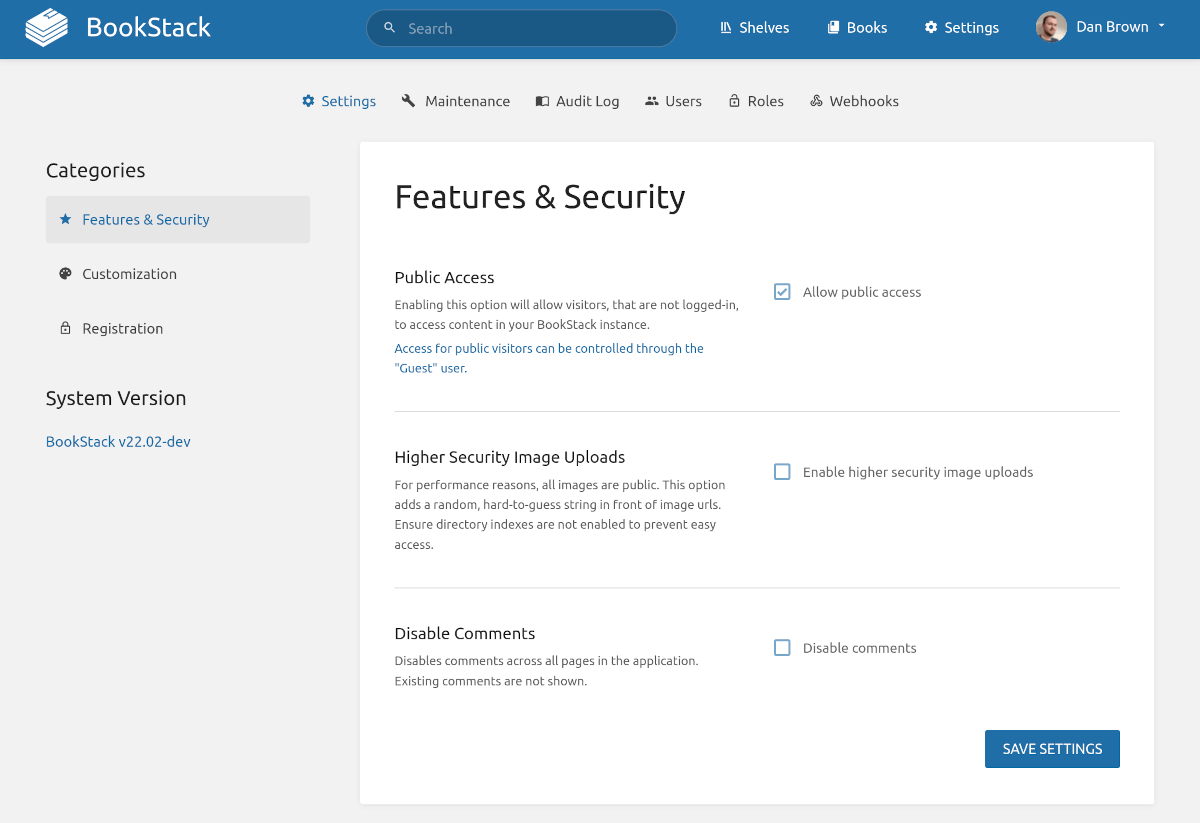 There have been some further changes to webhooks based upon community feedback. created_by/updated_by/owned_by details on the sent related_item property will now be objects instead of ids, which themselves contain a few details such as id, name and slug.

In addition, Page creation and update events will now include revision details within the related_item content.

Put all together, the POST data will now look something like this for a page update event:

When configuring LDAP authentication, enabling and configuring the group syncing would be a common pain-point. We do have a LDAP_DUMP_USER_DETAILS debugging option but this did not contain any group, or “memberOf” details. Instead you’d have to run manual external LDAP searches, out of BookStack, to emulate what might be happening.

In this release, we’ve now added a new LDAP_DUMP_USER_GROUPS option. Setting this to true will stop login requests, at the point of parsing group details, and dump the found details out to the browser as JSON. You’ll see the raw data fetched from the LDAP system in addition to how BookStack has parsed that data, upon any fetching of nested groups:

More details can be found in our LDAP documentation.

We have a new language in this release, Basque! Work on this language is still in progress but a big thanks to “Xabi” on Crowdin for starting work on these translations!

Upon that, we’ve had lots of updates since the last feature release provided by the wonderful contributors listed below:

With the changes in this release, the WYSIWYG and markdown editors are now much better aligned in terms of features & functionality. Over the next month the focus will be on providing the ability to switch between the editor types. This will likely be at a per-page level, with permission controls to decide who wields that power to change editor type.