BookStack v21.05 has now been released which brings along new user interface features & enhancements including a favourites system and easier in-book navigation.

The previous release, BookStack v21.04, also received a bunch of fixes & enhancements during the last couple of months so we’ll also delve into a few of those changes within this post.

For quite a while I’ve wanted to be able to favourite specific items within BookStack for easier future location. For this release cycle I decided to be a bit selfish and spend a couple of nights getting this implemented. Thanks to all those that provided feedback in regards to the naming in GitHub issue 2053.

When viewing a shelf, book, chapter or page while logged in you’ll see a new “Favourite” action situated next to the export action. 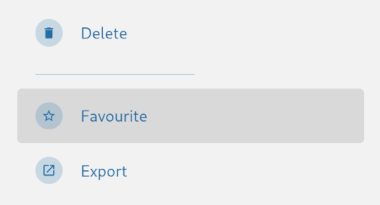 Clicking this will add the item to your personal favourites. Now when you’re on the homepage you’ll see a list of your most viewed favourites: 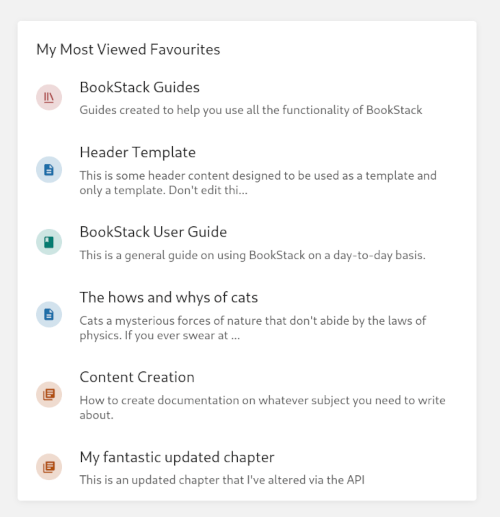 You can view all your favourites by clicking the header of the homepage list shown above or via a link within the profile dropdown menu in the header bar: 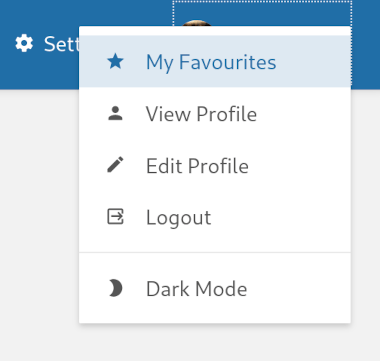 This new feature makes it really easy to curate a personal collection of items within the system. In the future we may able to use this for other purposes; For example, for watching/notification control.

The links are designed to not be distracting by default, like the other non-content interface, but will become more apparent upon interaction. Thanks to @shubhamosmosys for providing an initial implementation of this and also a thanks to @james-geiger for supporting a work-around for this in the mean time.

Tags applied to content will now be shown within search results: 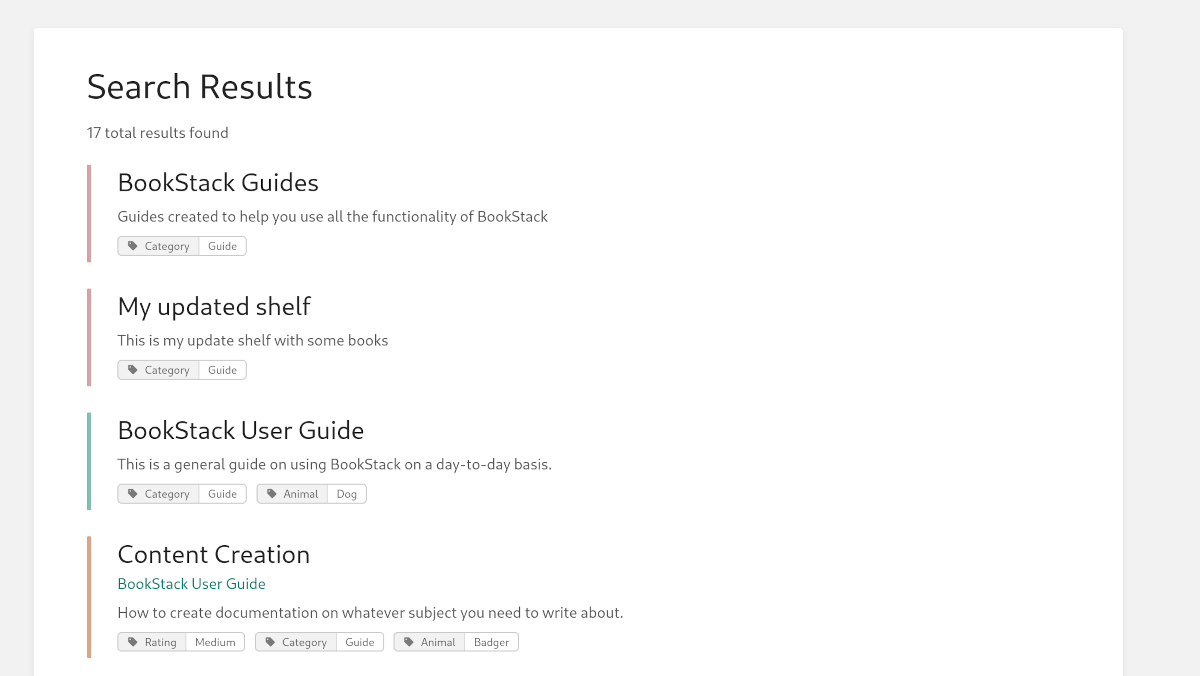 They are shown below the content preview, with a more muted design to prevent them from being too distracting when parsing the search results. Thanks to @burnoutberni for an initial implementation of this feature.

When using LDAP for authentication, you can now specify an attribute for fetching a JPEG user avatar image. This is done via a LDAP_THUMBNAIL_ATTRIBUTE in your .env like so:

BookStack will import and use this thumbnail data as the user avatar upon login or registration if that user doesn’t have an existing avatar image set. Thanks to @jasonhoule for providing the pull request with the initial implementation of this feature.

In BookStack patch release v21.04.1, the accessibility of the mobile-style header controls was significantly improved. Previously you could not use the dropdown menu nor the Info/Content layout controls via keyboard alone. These issues have now been addressed providing a much more accessible experience at smaller screen sizes. 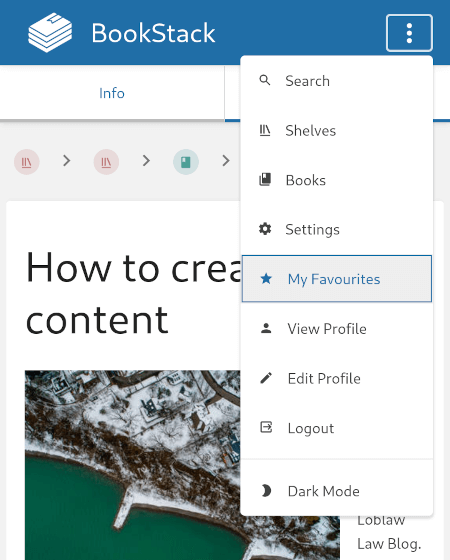 A big thanks to @Flameborn and @tspivey for reporting and verifying the previous limitations.

As usual, our terrific translating team have been at work to bring the following language updates since the original v21.04 release:

As planned for this release cycle, I’ve been through a good chunk of the outstanding pull requests on GitHub. I’ll look to continue this for another release cycle as I’d ideally want to address most of these before updating the Laravel framework version, which will soon be due.

To start thinking about our next “Editor Review” roadmap stage, I’ve opened a scoping issue on GitHub to gain feedback on potential options. If you have experience on developing with any of the options posted then feedback is appreciated. I’ll be looking to dig a little deeper into this within the next release cycle or two.

Donations are always something I stayed away from. I always thought that people should spend their money on more worthy causes, since I didn’t really need the money myself nor would I expect it to have a significant impact on the project. That said, people really wanted to provide donations and it was raised multiple times. Ideas like bug-bounties were floated but I never wanted money to be a core motivator for BookStack features and efforts.

After thinking it through over the last few years, I realised that donations could be used for the following:

The second idea is a bit of a pipe-dream but for now I’ll focus on the first, supporting other projects. Since the end of last year I’ve been testing out utilising GitHub sponsors:

GitHub sponsors provides a multitude of options for one-off and monthly donations. As my donations build up I’ll look to support additional projects and people. If the donations ever get to a point where they could support me working on open source full time, I’ll likely change focus and only support myself until I could get to a point of stable sustainability to be able to then support others again.