BookStack v0.9.0 is now available. Update instructions can be found in the new documentation pages here.

If you have not yet read through the changes of v0.8.2 I’d recommend doing so as there were some fairly large changes to the permission system as well as a nice little header fix. The changes are detailed here.

A much requested addition to BookStack was a markdown editor. An initial implementation has now been added which includes a live preview of your content. Here’s what it looks like: 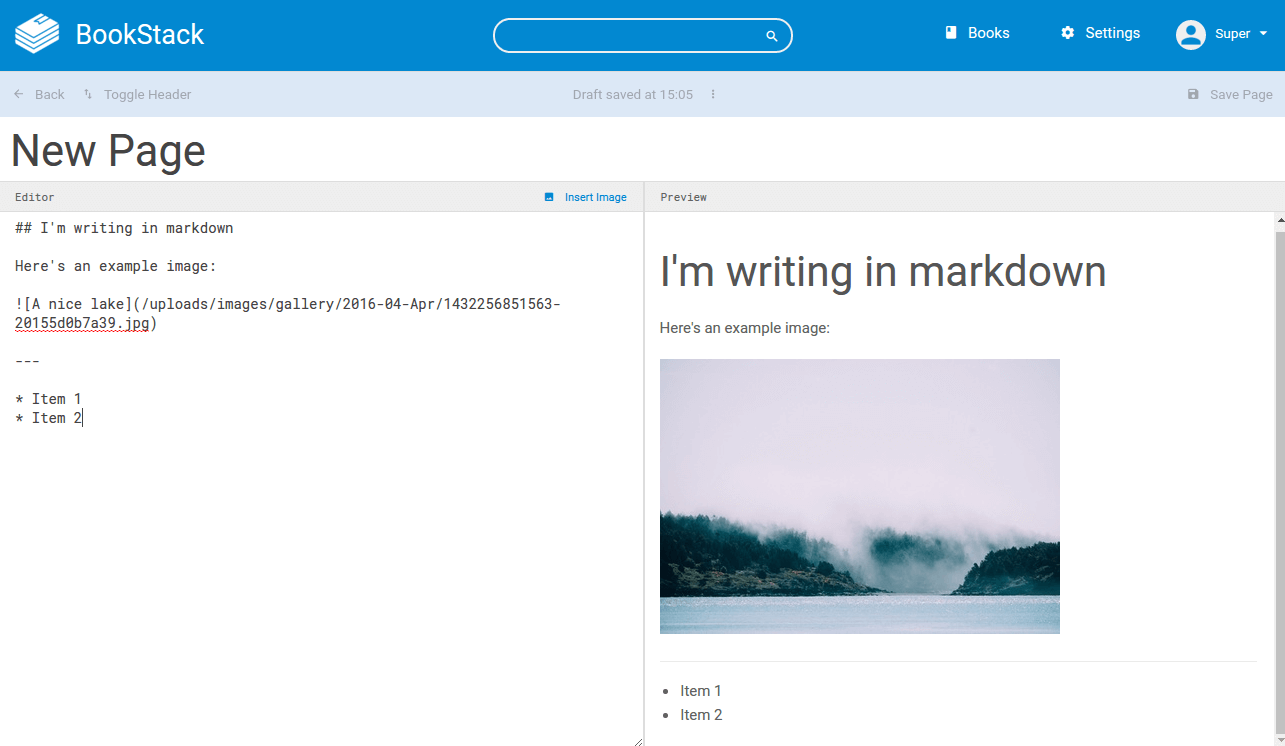 A drop down menu has been added in the settings to select what editor to use. This is an application-wide setting so will effect all users. This was done to keep formatting compatibility between all users in the system. After switching to the markdown editor, any pages that were created before will simply show as HTML plaintext content in the editor.

The editor uses GitHub flavoured markdown and the image manager from the WYSIWYG editor has been fully integrated. Currently there are no formatting shortcuts/buttons but these are planned for the future. 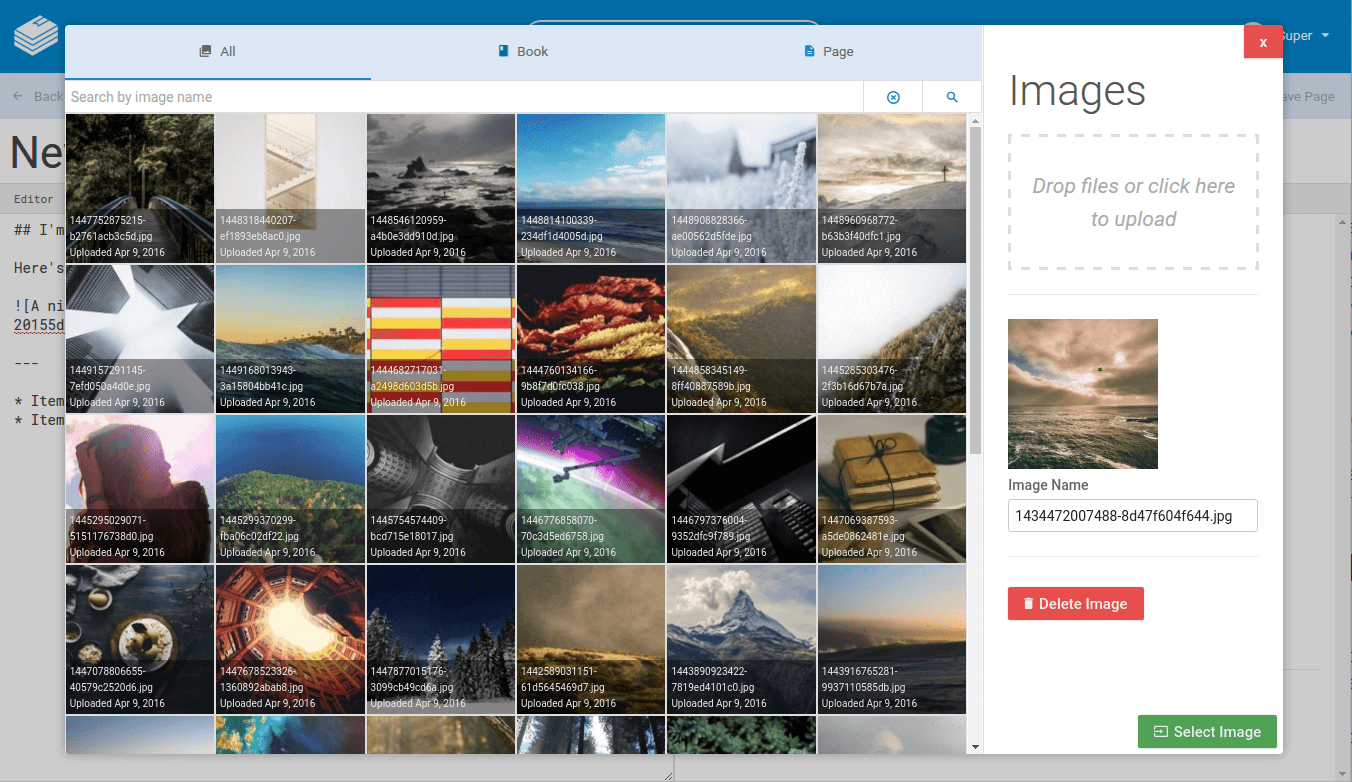