Dan Brown posted on the 3rd of February 2020

Our first 2020 release arrives with some great new features such as an initial API implementation and SAML2 authentication alongside further new customisation options.

This release increases the minimum supported PHP version from 7.0.5 to 7.2. Please view the “Update instructions” page above for more details.

The foundations for the API have been constructed as part of this release. This is intended to be a limited trial to ensure the core work and API formats function as required, so only a limited set of endpoints that cover basic “book” CRUD operations are available at this time.

A new “Access system API” role permission has been added to BookStack which, when assigned to a user, enables access to the API docs and endpoints while also showing the following API tokens section on the user profile screen:

New API tokens can be generated with a custom name, to help label the use of the token, in addition to an expiry date. Once created, the token ID and the token secret will be provided. The token secret is hashed in the database so is only shown to the user once. 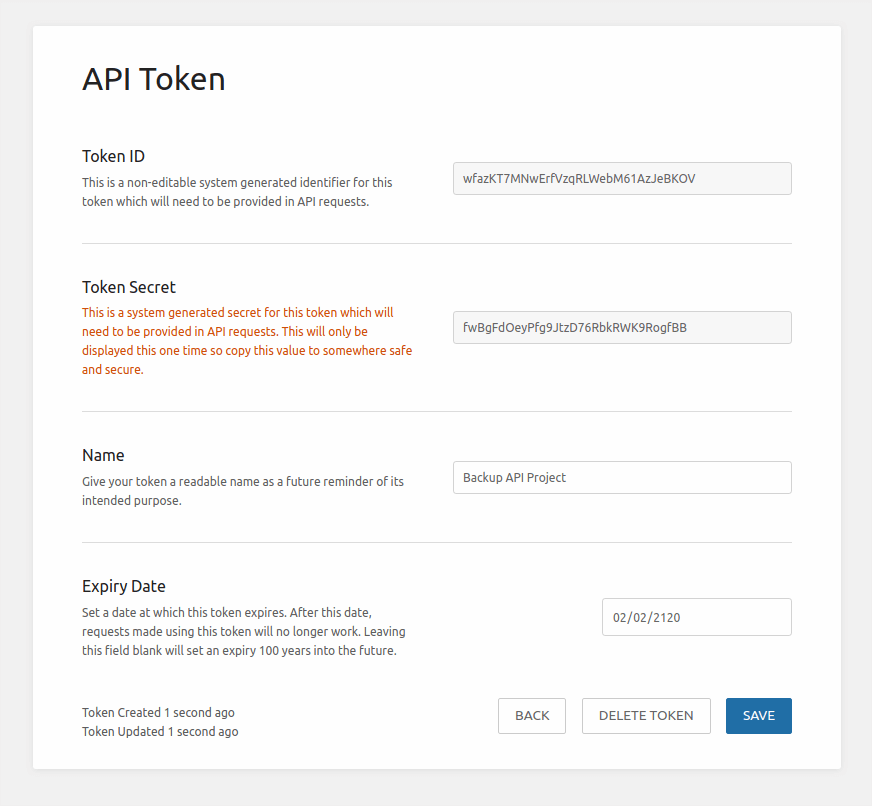 These tokens details can then be used as a HTTP header in API requests to authenticate. API requests will have the same permissions as those that belong to the user which generated the token used for the request.

Documentation for the API, including authentication details, can be found built-in to your BookStack instance at the /api/docs endpoint. The “Access system API” permission is required to view the documentation so ensure you’ve assigned that before trying to access. 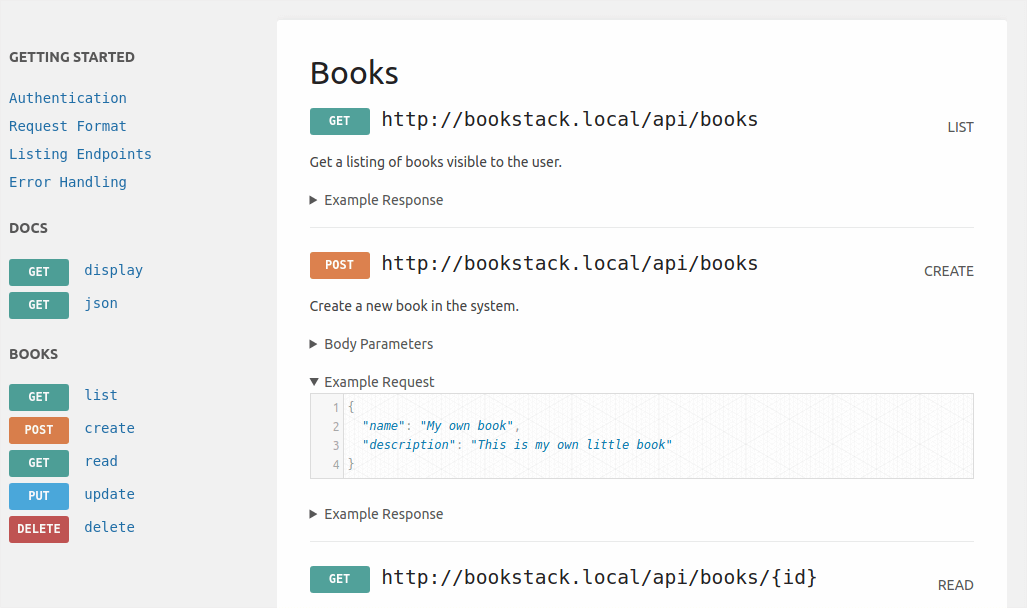 We’ll be extending the available endpoints in future releases. I’ve created an issue on GitHub to collect feedback, regarding the API implementation, so that we can capture any issues or important required changes early on. This can be found here.

A SAML2 authentication option is now available to provide a seamless single-sign-on experience. Massive thanks to @Xiphoseer for getting this started. This can be used instead of the default Email & Password authentication and it works much like the existing LDAP authentication system. 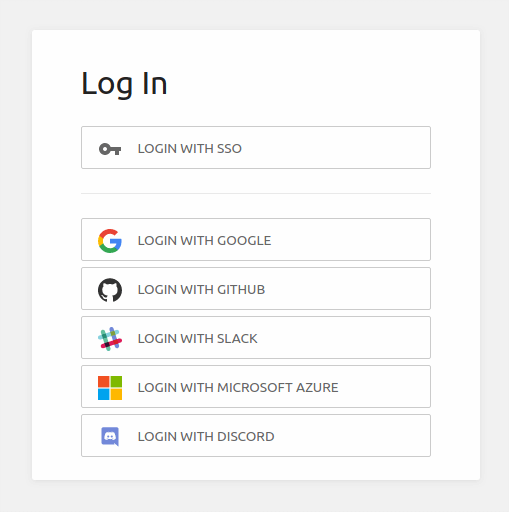 A range of options are available to configure the SAML2 authentication, including the option to sync BookStack roles with groups from your Identity Provider. You can choose the attributes to use for details, such as email & id, and SAML single-logout is supported.

Details of configuring your instance to use SAML2 can be found here.

As part of release v0.27 we made the application theme colours more accessible by making them CSS variables. Thanks to @james-geiger’s efforts, these have now been made into easy-to-change options within the settings area of BookStack: 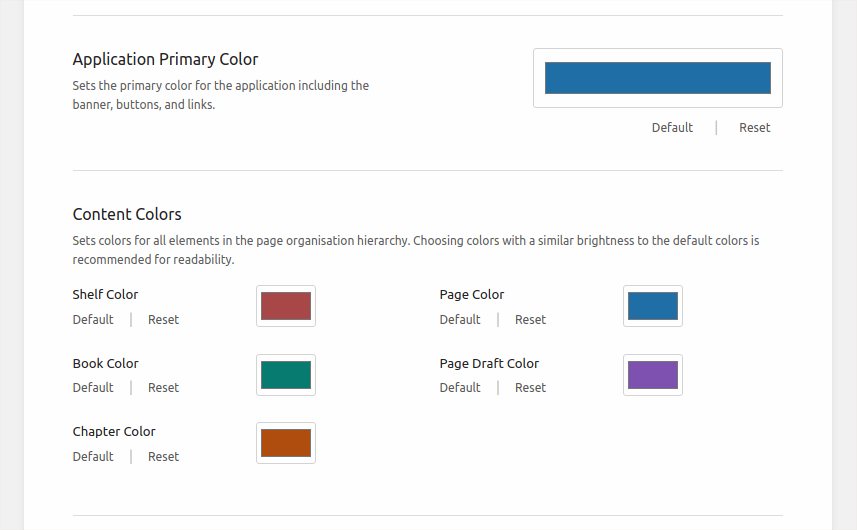 Email sending could be a tricky aspect to debug in BookStack, made harder by the fact it was difficult to find a way to trigger an email send. A new section in the maintenance area of BookStack, thanks to @timoschwarzer, helps alleviate this difficulty by allowing you to send test emails at the press of a button:

This option will force a test email to be sent out as shown below: 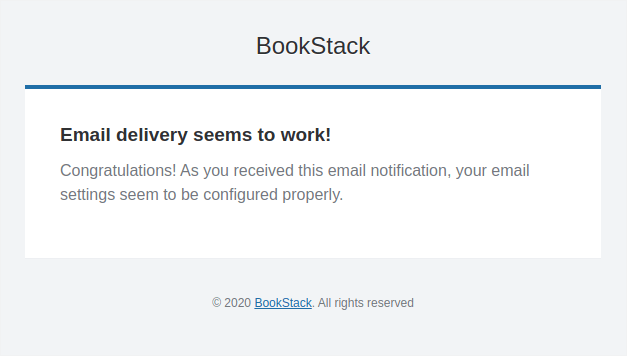 It’s now possible to override BookStack translation text, used for the BookStack interface, without having to alter the original BookStack files:

Many changes have taken place to the core code for this release cycle. We’ve updated the version of Laravel, the framework BookStack is built upon, from 5.5 to 6.12. This enforced a change in the minimum supported version of PHP from 7.0.5 to 7.2.

To support the introduction of the API many of the core logic files have been refactored to be simpler and easier to share across front-end and API routes. The inclusion of SAML2 authentication prompted a revision of how authentication is handled leading to a cleaner, more consistent approach with better testing coverage.

Some editor events are now emitted for both the WYSIWYG and markdown editors. This allows those with some JavaScript knowledge to listen to such events to gain a reference to the underlying configuration and libraries used enabling greater modification opportunities without needing to edit core BookStack code.

Details of these events can be found here.

During this release cycle we have started to use crowdin to help manage translations. Massive thanks to crowdin for letting us use the platform for free. 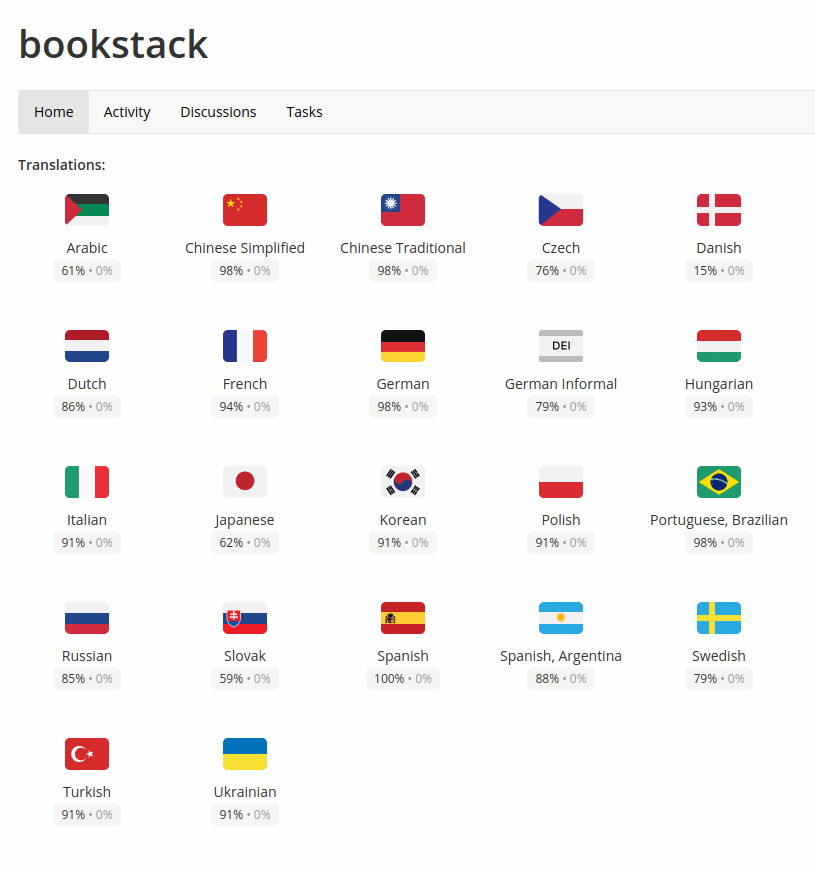 Crowdin provides a friendly user interface in addition to other great features such as auto-suggestions and change control which makes translation management much easier and ensures better quality of translations overall.

This effectively negates the need for a translator to be familiar with git and/or GitHub which is a great benefit since it lowers the technical barrier for language contributions.

A new command is available as of v0.28 which copies the permission settings of a shelf to all child books:

Many users requested the ability for books to auto-inherit shelf permissions, which is unfortunately unavailable at this time to the complications where books can be in multiple shelves. This new command provides a way to semi-emulate that scenario. If desired, you could run the command as a daily cron-job on your system.

Over the next couple of releases I’ll be taking any API feedback into account and deploying a wider set of endpoints. That will be my core focus although I’ll likely also look to align & review how we track activity in BookStack so this can be used for other opportunities such as webhooks, feeds, notifications & audit logs.

As said above, if you have any feedback on the API implementation I’d love to hear it here.